About a Donkey is about growing up & growing old, and finding laughter along the way. The film follows the Owens family: Ann & Tim, their 3 adult children, Cecilia, Burgh, and Annie (and her husband Paul), and matriarch Farrah. When Tim brings home a donkey in a mixture of wanting to rescue both it and himself, all of the characters’ lives are shaken up and pushed forward.

Critic Reviews:
“The film is about family and the individual struggles we each deal with. Through performances that are committed, especially the daughters, there’s a poignant tether that makes it a joy to start and heartwarming to finish. The movie provides a lens to our own vulnerabilities and capitalizes on the notion that happiness in any capacity should be sought. Even if that means getting a donkey.” Film Inquiry: https://www.filminquiry.com/about-a-donkey-2018-review/

“Donkey aside this is a great filmmaking and great story telling. Director Christina Raia has made a wonderful film that is highly recommended. She has also put herself on my directors to watch list.” – Steve Kopian, Unseen Films: http://www.unseenfilms.net/2019/03/about-donkey-2018-queens-world-film.html

“So while Raia and Rauber have crafted a film to entertain on its own merits, About a Donkey also possesses the potential to open your eyes and recognize you can overcome whatever roadblocks are in your way too. Love, family, and even strange pets have the ability to make you whole if you’re willing to be vulnerable enough to let them.” – Jared Mobarak, The Film Stage: https://thefilmstage.com/reviews/biff-review-about-a-donkey-captures-a-family-at-a-nexus-point-of-chaotic-emotions-troubles-and-fears/

“If you like indie movies and want to enjoy a sweet story with LGBTQ characters involved, then check out About a Donkey.” https://womentainment.com/about-a-donkey-2019-review/

Director Statement:
The screenplay for About a Donkey was originally written after a visit with screenwriter Kelsey Rauber’s dad resulted in him casually mentioning that he would like to own a donkey. That passing comment sparked the quirky and heartfelt idea that led to the film. I was attracted to the screenplay due to how it effortlessly tackled weighty issues through a comedic lens filled with characters that feel real and show growth as the story progresses. As I got in involved, I became excited by the prospect of getting to enhance more of the dramatic subtext under the story and establish an inclusive world that surrounds this family. About a Donkey at its core is about compassion and growing towards acceptance. I hope this ensemble piece will bring audiences in and cause them to identify with characters who they may not otherwise. Our mission is to show that love is love, people‘s lives and desires are relevant no matter their age, and struggling with depression is acceptable and normal. And sometimes just taking an action, even one as random as buying a donkey, is exactly what’s needed to get your life going again. -Christina Raia 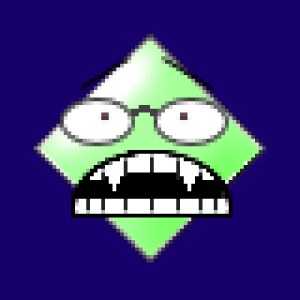 Microhousing for Homeless and Disabled Veterans, 2019